These private villas each come with an outdoor swimming pool and a terrace decked out with sunloungers and parasols – perfect for relaxing afternoons. There's also a seating area with an outdoor barbecue with each unit, so guests can dine al fresco.

On the outskirts of Javea, the property's a peaceful retreat. It's a 15-minute walk from a supermarket and local eateries, and a 10-minute drive from the bustling town centre. Here, there's a Blue Flag award-winning beach, traditional Spanish restaurants and lively nightlife.

A fully equipped kitchen in each villa, with a grill, hob, fridge, toaster and oven, makes dining simple. The interiors are open-plan, and classic Mediterranean furnishings give each unit a warm and welcoming feel.

While you're away, you'll have access to our 24-hour digital service, with a virtual rep.
Just so you know, this villa does not accept bookings from stag or hen parties.

A light and airy room with whitewashed walls, tiled floors, sofa, TV and a dining table.

It's in one of the bedrooms. 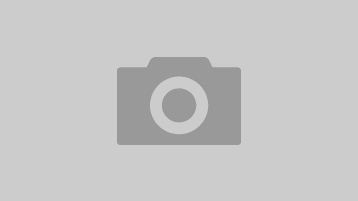 Each villa has a private pool complete with a sun terrace, parasols and sunloungers. The pools are a good size at 8x4 metres and 1.3 to 1.8 metres deep.

A light and airy room with whitewashed walls, tiled floors, sofa, TV and a dining table.

06 Nov , 2017 Muriel S
not only is the brochure misleading their complaints department is a joke! we arrived in the dark not a light anywhere one of our party fell over and was lucky not to end up in the swimming pool as the entrance was dangerous.the whole place was poorly maintained and looked after.do not go to no.10 villas monte verde in javea if you want a decent holiday

28 Sep , 2017 Denbow2013
The villa was in a very peaceful complex. Yes, you need a car. The villa I stayed in was number 10. In previous reviews there was a tree that covered the pool from the sunlight, I think this has been since had the top chopped so not so bad. Went with Thomsons Villas no support at Alicante airport. I had to ring to the Uk to see where I had to go. Had to get keys from a hotel Pinosol near the villa, just in case they do not tell you. Eventually, I found this out by googling another website as the agent did not get straight back to me. The villa was comfortable, clean but basic, it could do with a refurb. The television was limited to BBC news, sky news and luckily paramount did English films at night. Only one towel bath and hand towel per person. Did have small hairdryers in the bathrooms, which was not on the itinerary. With a bit of TLC this could be a lovely base. Five minutes in the car from Arenal which is a lovely area. The pool was cold as not heated, but it was cleaned midweek. I did the love the area though.

20 Sep , 2017 derekwebb2017, 186463
Landed 715 pm thompsons rep more interested getting people on buses [your on your own] First holiday abroad was a disaster stayed at 11 calle aguilas [ never again] took hours to find it so phoned thompsons help line given yet another address no sign anywhere for monte verde. pinasol hotel gave us directions with another address still couldnt find it asked a taxi driver he says follow me i show u took us to wrong place finally found it 530am . villa was dirty bath rooms filthy. work top looked like someone chopped wood on it cupbord doors didnt fit proply furniture seen better at a jumble sale . matress to small for bed.ensuit shower tray filthy. outside path muddy foot prints everywere+ around the pool mud in the pool sun loungers dirty . outside table dirty ground in dirt chair leg broken the floor not swept outside .cleaners none existant spent most of holiday cleaning . NEVER AGAIN SPOILT HOLIDAY . not worth the money dont go there.

25 Jul , 2017 fred10989, 504204
Couldn't go swimming in the pool as way to dirty and no sun on it , to many trees blocking the sun . In the main bedroom the light switch got stuck so I couldn't turn the light on or off , in the main bathroom one off the hooks was broken so you couldn't hang towels up , there was no chain on the plug so i had to use a fork to get it out, the air conditioning is either on or off so you can't change the Temperature and is right above the bedrooms so very noisy. Nearest shop and restaurant is about 30 mins walk for a descent meal. Other than all of this I hade a good holiday
Show more Show less
View all  13  reviews

We're looking into whether this property is generally suitable for those with reduced mobility. In the meantime, feel free to contact our Customer Welfare team or visit our accessible holidays page if you have any questions.

Our Customer Welfare number is 0203 451 2585. Lines are open Monday to Friday 09.00-19.00. Calls from UK landlines cost the standard rate, but calls from mobiles may be higher, so please check with your network provider.

People who looked at this hotel also viewed...

Items marked with * incur extra charges which are payable locally